Biden’s Campaign and Results defy the Laws of Physics

I learned a long time ago when anything defies the laws of physics, you have to look closely at what is going on. This is true with Biden’s campaign, or lake thereof. If you told me at ANY TIME in US history that a candidate, no matter how popular, could forego any campaigning and win, well that 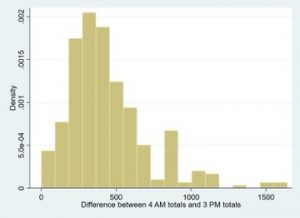 Now we have math nerds telling us that yes, it was defying the laws of physics or math at least: https://theredelephants.com/there-is-undeniable-mathematical-evidence-the-election-is-being-stolen/

As rallies were scheduled to take place in key battleground areas to demand only legal votes were counted, the major networks announced Biden-Harris were the winners. Apparently, they are under the impression that they decide election results. They do not. On December 14, electors chosen by state legislators cast their votes. No one else but the state legislators have that right. (Article II, Sec. 1,§2 of the Constitution). Certainly not the press, nor state boards of elections, secretaries of state, governors, nor courts.

If they have reason to believe the elections in their states were unlawfully conducted and the results fraudulent, they can act to override them. (You can see a detailed history of this section of the Constitution in this fine article by Daniel Horowitz.) The Wisconsin, Michigan, Georgia, and Pennsylvania  legislatures are majority Republican. At first glance these states — particularly the precincts in Milwaukee, Detroit, Pittsburgh, and Philadelphia — are the most suspect.

Is there ample evidence of fraud sufficient to have altered the will of the legal voters in these states? It sure looks that way.

What if There’s no Winner Declared by Inauguration Day?

There seems to be a lot of assertions that in such a case Nancy Pelosi will be the interim president. Nope. Should that eventuality occur, the House votes for an interim president and the Senate for an interim vice president. (The House votes are by state — one vote each — and the Republicans hold a majority of 26 states. Our founders were geniuses. Never, ever, ever forget that!)

Circle the wagons, it is about to get criminal.