OK, the thing I love about the truth and proof it that it is always out there. You may deny, decry, and vilify it, but the truth is the truth, and it will not long stay hidden. So, when it came to the 2020 Elections, way, way back in November 6th, 2020, I remember that someone mentioned a program called Hammer & Scorecard and I saw a video on YouTube (which has been deleted) about it. I thought it was incredible that such a program 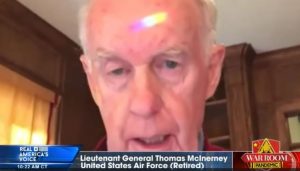 existed until Major General McInerney said it did, and was actually a part of it in the Department of Defense (DoD). At that time, I sent out an email stating “this is how you can game the system” and “the fix was in.” In any case, here is the video with Gen. McInerney explaining what Hammer & Scorecard is: https://rumble.com/vayidp-banned-video-must-watch-gen.-mcinerney-sydney-powell-steve-bannon-project-h.html. Still, this was just one man’s accusation, but no concrete proof.. and well, to change anything you need proof.  Enter Mike Lindell.

The man may be a little too enthusiastic, but you have to love his effort. In follow up to Absolute Proof (the video), he has not created another video that a forensic data scientist goes through and describes in detail how, when, where and to what extend the election data was altered to favor Biden, and the main culprit was China. Remember all the trade secrets Hillary sold to the Chines Communist Party (CCP)? Where here you go. Go to the 1 hour 32 minute mark of the video found on this page: https://lindelltv.com/ this is where the details analysis of the voting flips happened.

Amazingly, Trump may have surpassed 90 million votes nationwide as every jurisdiction in the US where there was electronic voting and tabulation was stealing and flipping votes, and because Trump’s tallies were so huge that had to hammer away manually with the results. Taken together with Dr. Frank’s assessment of electronic election tampering, there should be no doubt to the absolute fraud this election was all about. This is a stolen election, period. As always, I stand your defiant American Dissident.