OK, everyone is in a tizzy about Sidney Powell’s apparent departure from the Rudy Giuliani / Jenna Ellis legal team is not to be unexpected. As Sun Tzu once said, “The victorious make many calculations prior to the fight, for every battle is won before it is ever fought.” 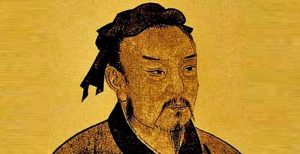 With this said, their strategy is becoming more straightforward. The ultimate goal is to get these claims to a very friend Supreme Court, but you cannot do that with proof and there are two time arch here.

First is the easy proofs of mail in ballot fraud, over-counts, denying viewing of ballots, two tier voting standards, double / triple / quadruple ballot counting, dead voters, voters voting in two states, and just plan ballot stuffing. This is what Team Giuliani / Ellis is undertaking.  Case in point: In Wayne county Michigan, there are 198,000 ballots logged with no registered votes where 97% goes to one candidate and the voting tallies over 100%. This is a statistical impossibility. On these cases just need a preponderance of evidence to show voter fraud existing, and the vote (or ballots) can be nullified, are at least not certified.

On the longer arc, which is the Dominion Systems debacle, there is more risk because the burden of proof may take longer and also involve treason. Yes, treason. And, Sidney Powell is licensed to prosecute treason cases in a military court. This is where felony charges of systemic voter fraud happens, and will take longer to discover and prosecute. While she might be able to cast doubts on the election, proving it may be too heave a lift in the short amount of time Ms. Powell has to work in, but then again, she is HIGHLY motivated and incredibly intelligent.  Case in point, the are finding that Trump was getting 0.7 vote for every vote he received and Biden was getting 1.5 votes for every vote he received. Plus, there is just the massive data dumps at 4:00 AM.

Lastly, you ALWAYS, ALWAYS, ALWAYS have to follow the money. Remember, Giuliani broke the mob in NYC. Something thought IMPOSSIBLE to do, and Powell got Gen. Flynn acquitted. By separating their efforts but sharing data and complaints, they essentially are attacking the enemy on two fronts (um, think of Germany in WWII). There is ABSOLUTELY NO DOUBT in my mind that Trump won, and in a landslide.

THIS MAY BE THE LARGEST AND MOST CORRUPT SCANDAL IN US HISTORY. And we have had some whoppers. There is a preponderance of proof, even with all the attempts to cover it up. The Democrats were just too confident in their schemes and did not realize that Trump would actually garner 75 million votes. He broke their system by his overwhelming win, and this put them doing stupid stuff.

In closing, Buddha once stated, “Three things cannot be long hidden: the sun, the moon, and the truth.”  The truth will have out.