So, when a complete forensic audit is conducted some major red flags are expected to become evident which indicate electronic voter fraud. These red flags are high ballot error rates, terminals connected to an outside public network, unscheduled software updates to terminals, weighted or fractional (decimal) voting, decrements in voting totals and flip totals, ghost or phantom voting, deletion of voting records or server logs, large unusual increases in aged voting (usually seniors), and margins of victories identical over multiple precincts. These are outlined in more detail below. 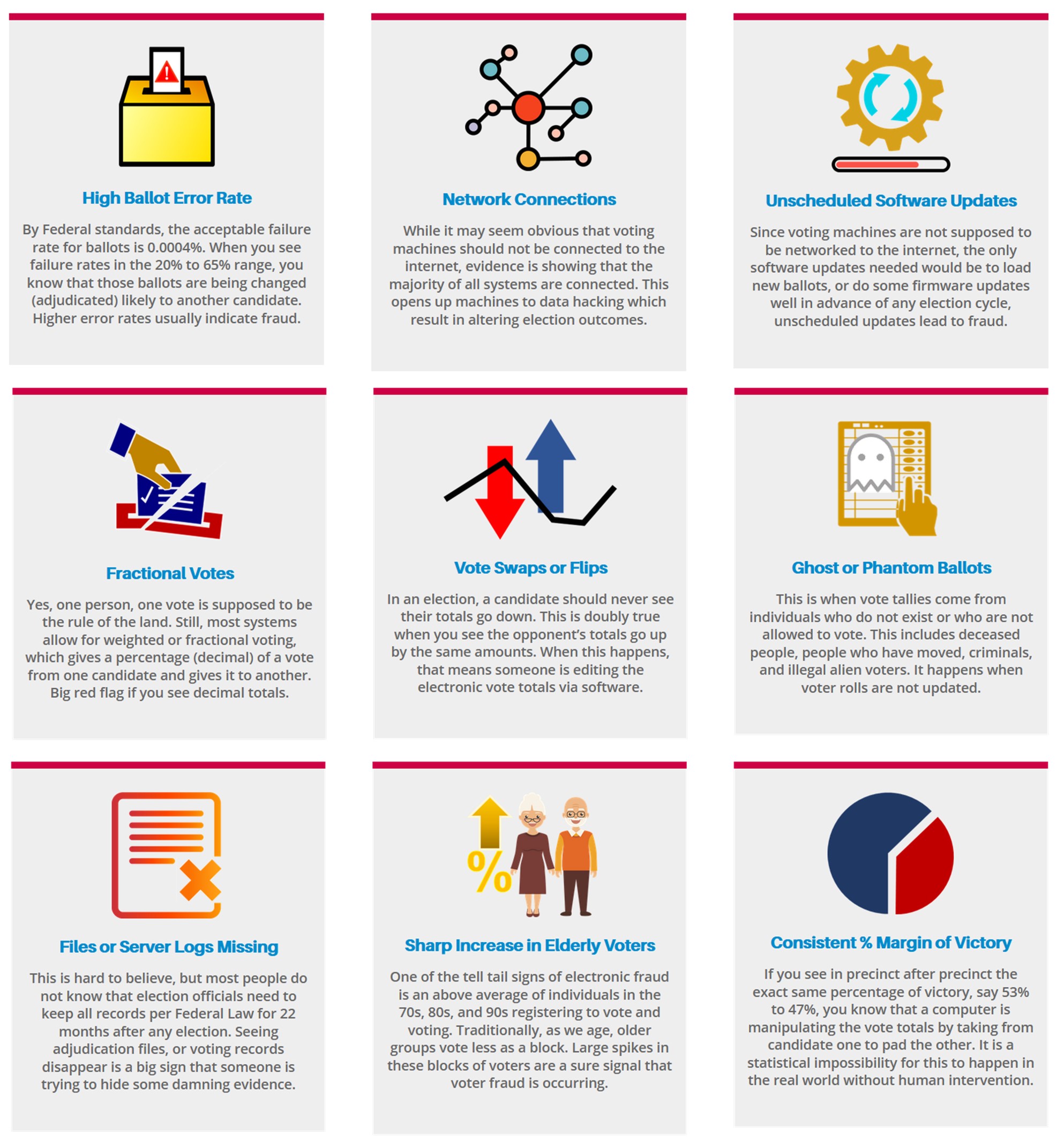