While many of the issues of electronic election fraud seem to be far, far away from Texas in the swings states of Pennsylvania, Arizona, Georgia, Michigan, and Wisconsin, in order to see how electronic voter fraud took place in Texas you have to look at the largest Red county in the country to see how the election was manipulated. As mentioned earlier in the video Scientific Proof, Dr. Frank was able to prove that voter rolls were all mysteriously all increased to allow the Democrats the ability to add phantom voters without anyone being the wiser. Not only did the vote manipulation consist of altering in person voting totals, it dealt with mail-in ballots and absentee ballots. As this tweet from November 5, 2020 indicates, that a traditionally red county swung to blue by 427 votes although the outcome for the state of Texas did not change, but it did. This county actually had a massive amount of votes flipped. 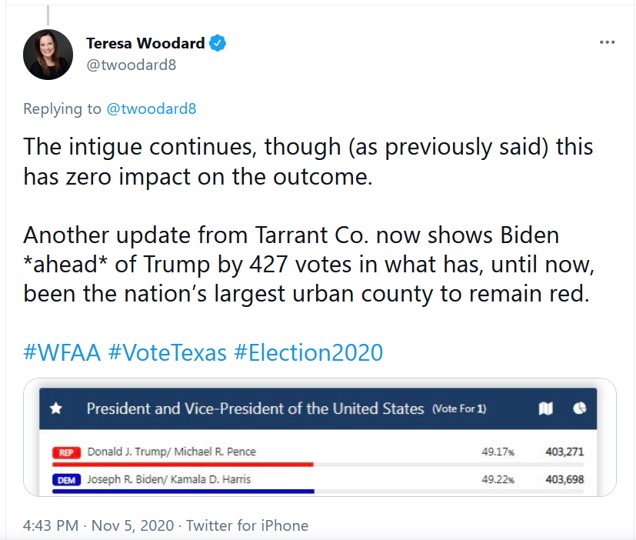 So here is the rundown and if you look at my post about electronic voting red flags: Red Flags for Electronic Election Fraud you will see all the familiar indicators that fraud was taking place in Tarrant County. Below are some of the highlights of the 2020 Election in Tarrant County, Texas.

Then there is a statistical anomaly on the “increase” in voters going primarily to one candidate as highlighted below. That “just enough” new voters were added to flip the county for Biden (which is another big red flag). 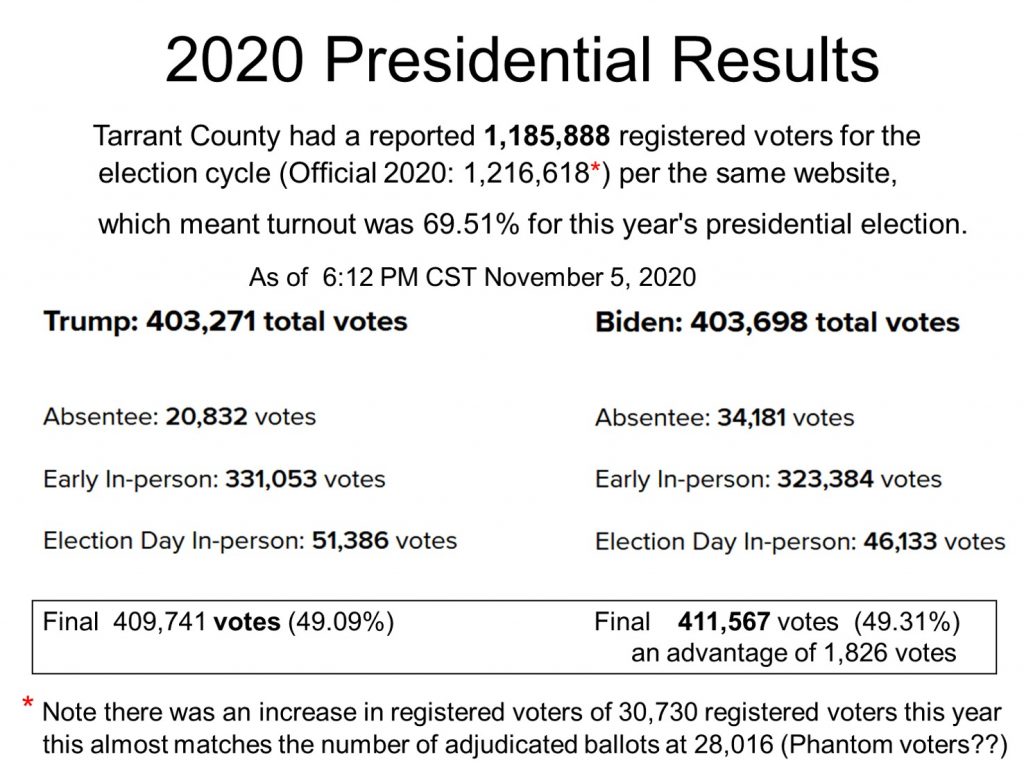 Then there is the coup de grâce, where the predicted voter turnout as demonstrated by Dr. Frank matches exactly with with the “electronic tally” says it did. In fact, it does not. Many of the votes cast are not real and machines again have electronically stuffed the ballot box. This is how you do it, add “phantom votes” and weight them heavily to one candidate. 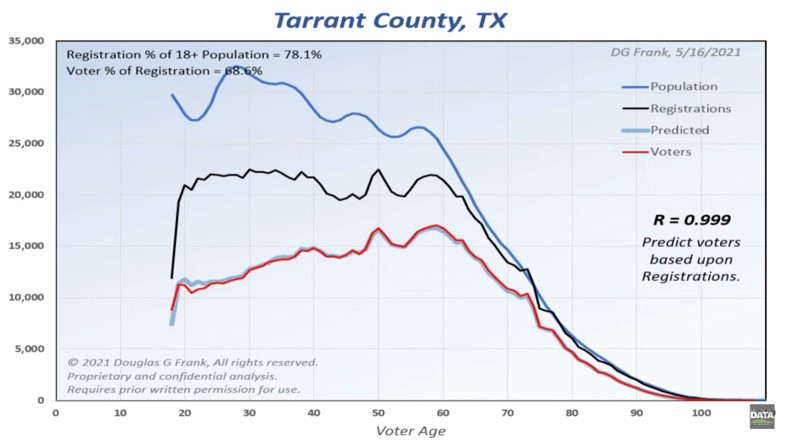 Again, what makes this significant is that to most people this will go undetected. Why? Because it did not flip Texas, but did flip a big, traditionally red county blue. It did it not by the voters, but by the machines. This is just one of the ways the Democrats thought they would flip Texas. Luckily, Trump voters came out in such large numbers, that it did not happen, but it will in the near future if we do not get forensic audit done in a last Tarrant County.